I wish
to express my sincerest condolences to the people of Japan who are suffering,
physically, emotionally, or economically, as a consequence of the recent
natural disasters and the ensuing problems with the Fukushima Daiichi nuclear
plant.  While much of the world’s
attention has moved to other events, I know that the personal loss that many
people have experienced as a consequence of these tragedies goes on.  Many of us around the world have been deeply
saddened to see what the people of Japan are going through, and wish to lend
our support in whatever ways possible.

As a
business and administrative issue, there are many questions regarding what
steps Japan should take to respond to this crisis.  What should be rebuilt?  How long will it take?  What should the rest of the country do to prepare
for the possibility of similar natural disasters?  Can Japan safely rely on its nuclear power
energy infrastructure?  These are
difficult, complicated questions, which will take great work from the
government, businesses, and individuals to solve.

However,
much like you, I was happily living my life, and then events occurred which
drastically changed things for the worse, through no fault of my own. I would like
to offer some personal advice.  One of
the most challenging parts of this tragedy is its seemingly arbitrary nature:
people who were happily going about their business one day found that their
lives had changed drastically for the worse the next day, all through no fault
of their own.

In the
last three years, I have experienced a variety of health challenges that
presented significant obstacles, both on a personal level, as well as to my
family.  About three years ago, I
suffered a sudden, completely unexpected heart attack.  I had recently had a visit with my doctor
where I was given a thorough physical examination, and there were no signs that
indicated that I was at risk of a heart attack.
In fact, the typical indications of heart attack risks were all lower
than average.  And yet, when I had the
heart attack, the physicians found that I had a 100% blockage of a major artery
in my heart, a type of heart attack that is often fatal.  Fortunately, in the hospital the doctors
acted quickly and were able to remove the blockage and insert a stent before
much serious damage occurred.

Two
years later at about the same time of year, my doctors discovered that I had an
unusual form of cancer, called follicular lymphoma.  This cancer had been unusually aggressive,
and by the time it was discovered, I had several large tumors in my body,
including one about the size of an American football in my abdomen.  My doctors attacked the cancer aggressively,
treating me with chemotherapy.  Thanks to
the skill and attention of these doctors, and the power of the medication that
they gave me, I was able to overcome the cancer, which seems to have gone into
remission.

Shortly
after I finished with my chemotherapy treatments while I was in the process of
trying to recover, I suffered a stroke while at a Sunday morning church
meeting.  I was very close to
Massachusetts General Hospital when it happened, and was able to receive
medical care quickly, which reduced the amount of damage to my brain.  In spite of the speed with which the doctors
were able to act, they weren’t able to prevent me from having some
complications.  The part of my brain that
was affected by the stroke is the part that controls my ability to
communicate.  So, while I still have full
control over my motor function, it is almost as if someone shuffled my
vocabulary around, so that occasionally when I am looking for a word, I simply
cannot find it.  Though I haven’t done so
yet, I am optimistic that I will make a full recovery.

I share
all these personal details because I suppose that on a much smaller scale,
after all my health travails, I felt some of the same emotions that may be
familiar to many of you.  I have done my
best to live a healthy life, to eat well and get exercise.  I visited with my doctors regularly.  And yet all my best efforts seem not to have
made any difference in my health outcomes, which has been very frustrating.

Though I
recovered fairly quickly from the heart attack, cancer was a more difficult
disease to face.  The stroke I
experienced was the most difficult: As a professor, everything I do is about
communicating with my students, or writing and publishing research.  My stroke specifically affected the part of
my brain most critical to those tasks.

As I
struggled to recover my ability to communicate, my frustration caused me to
turn inwards, and focus on myself.  Why,
I wondered, did I have to go through this?
What did I do to deserve such challenges?  As I focused more on myself, on my problems,
and the seemingly slow pace of progress that I was making, I became more
frustrated, more desperate, and even struggled with depression – something that
I hadn’t felt my entire life.

Then, I
had an epiphany.

As I
turned my focus more and more on myself and the problems that I was facing, I
had spent less time thinking about others, and how I could be of service to
them.  Rather than spending time thinking
about how I could improve other people’s lives, I was focused on my problems,
my wants, and what I thought I needed.  After
great personal reflection, I realized that this selfish focus was the recipe for
my unhappiness.  I realized that
happiness was in fact to be found in forgetting about myself, regardless of how
hard it was, and in spite of the temptation to think that because of my unique
situation a self-centered focus would be okay.

I also
realized that life is a series of extenuating circumstances, and that there
will always be justification to turn our focus on to ourselves, onto our wants
and needs.  But the truth that happiness
is to be found in the service of our fellowmen is universal, and not contingent
on the idiosyncrasies of our circumstances, be they comfortable or difficult.

Many of
us make the mistake of thinking that we can postpone serving others until later
in our lives.  This is not the case.  Time and time again, I have seen first my own
classmates from when I was a student, and now my own students since I have been
a professor, claim that they would focus primarily on their own careers for a
period of time, and then when they had “made enough money”, they would shift
gears, and go into a mode of giving back to their community and focusing on
their families.  This rarely (if ever)
works out the way that they imagine.

There is
always more money to be made, always more deals to be done, always more
products to be launched.  Once you have
already made the decision to put what you believe to be your highest priorities
behind something else, it is always easier to make that decision again,
rationalizing that you’ll do it “just this one last time,” until the next “last
time” comes along.

Additionally,
some of the people who need our service the most – our families – are growing
and changing.  Even if we do make
decisions later in life to make them a priority, many of the best opportunities
to have a big impact with them may sadly have passed.

Instead,
may I suggest a few things that have brought me happiness and joy as I went
through my own rebuilding process. I have made a commitment each day, to choose
to serve, to seek to understand what my families, friends, neighbors, even
strangers need from us to be happier.  I have set a goal to do some act of service
for someone each day.  Doing this requires
that I consider the physical, mental, emotional, and spiritual needs of those
around me: how can I help others if I don’t know what they need?  Focusing on others will help you put your own
situation in perspective.  Even if your
circumstances are difficult, there is surely someone else whose lot in life is
worse, someone who you could help directly, somewhere where you could make an
impact for good.  Focusing on others may
also help you realize that you have been blessed in ways that you may be
inclined to underestimate.  Counting
these blessings and realizing the things that have been done for you will ease
your burden.

As I
said at the start, I think that decisions about how to respond to this crisis
are best left to the people who are dealing with their reality on a daily
basis.  Still, I feel that there are many
lessons to be learned in the tragic series of events that have hit the people
of Japan which are relevant to all people.
They are a reminder that our lives are fragile, that our time on Earth
is brief, and that we never know what twists and turns our lives will take, and
when they will end.  As a consequence, we
cannot count on being able to take care of the important things in life at some
later date which may never come.  We
should decide now to pour our energies into helping each other and building our
communities up one relationship at a time.

Want to join the discussion?
Feel free to contribute!

This site uses Akismet to reduce spam. Learn how your comment data is processed. 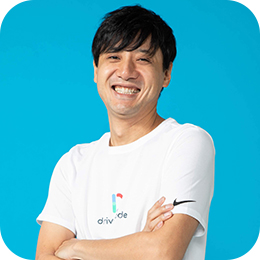